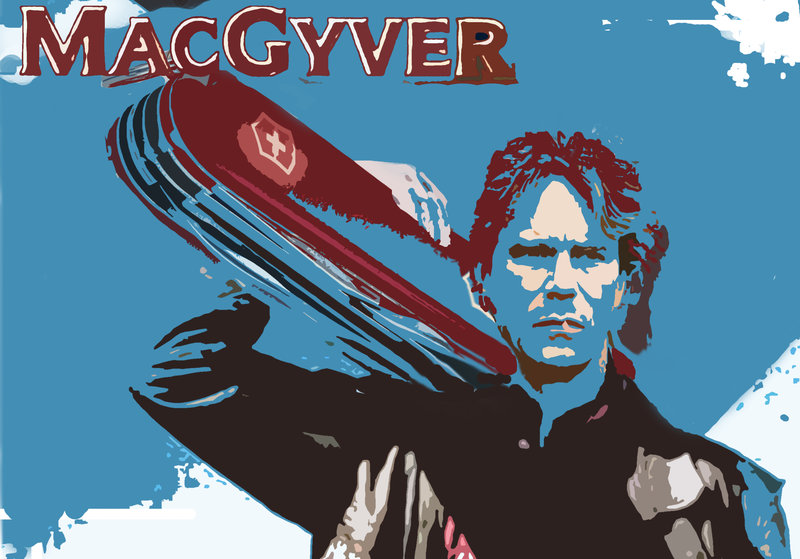 The French have a secret weapon. It gets them through many a sticky situation and even allows them to pull off some pretty amazing stunts. It’s called le Système D.

The D stands for ‘débrouille’, meaning to get on with it, figure it out, use any means available to do something. It also stands for ‘démerde’, a slang way of saying the same thing. Either way, tu te débrouilles or tu te démerdes is a very French way of getting it done. System D has now been adopted in English, thanks to Anthony Bourdain.

The French love a challenge. It’s probably just as well given the number of challenging situations they must face daily in the form of strikes, traffic jams, holidays and life in general. They love the television character MacGyver for his ability to get himself out of any situation on nothing more than wits and a Swiss army knife.

How has living in France taught me to use le Système D?

Traveling. No one is there to help you or tell you what to do when you arrive in a place not knowing what’s what. Even if you speak the language, it may not be clear where to go or what to do in a given situation – buying a ticket, signing up your children for activities, figuring out the best way to get from point A to point B. The information is always there, somewhere, but it’s usually hidden behind a counter or an unfriendly face. Système D teaches you to find it.

Communicating. Expressing yourself in a foreign language can be a matter of survival. You want your meat cooked rather than raw? Have a plane to catch? Refuse to accept such poor service? Better figure out how to get that across. In conversational terms, this means grappling with French grammar and a limited vocabulary to share your nuanced, erudite thoughts. Or just to let off steam. If you don’t know the word for something, you have to figure out another way to say it. Or say something else. Either way, it’s System D.

Cooking.  I used to cook by the book. Or by the recipe. One-half teaspoon of this, carefully folding that. But cooking in France is different: ingredients, pan sizes, cooking temperatures. French cookbooks use terms I don’t quite understand. Now I look at recipes for inspiration and then wing it. Use my imagination, substitute ingredients, taste while cooking. Sometimes it’s great, sometimes it’s not so great. Rarely is it the same twice.

Working: Somebody wants to pay you to do something and you really aren’t sure you can do it? One thing I learned in France is that you have to act like you know what you’re doing if you want to be respected. Teaching. Translating. Interpreting. Assisting. Coordinating. As Nike said, just do it. That said, there is a strict framework that must be respected. Customs. Laws. Hierarchy. So System D only goes so far.

Socializing. You’re at a crowded apéro and are dying of thirst but there’s a chatty person between you and the drinks. Do you: a) wait until he or she naturally runs out of steam and you can politely manoeuver your way to the bar, b) create a distraction by pretending to see someone you know and grabbing a drink or c) engage the person in conversation while discreetly rotating so that you can reach the bar?  Answer: B or C. if you said A, you need to work on your Système D.

What about you? Do you stick to the rules or are you a débrouillard?