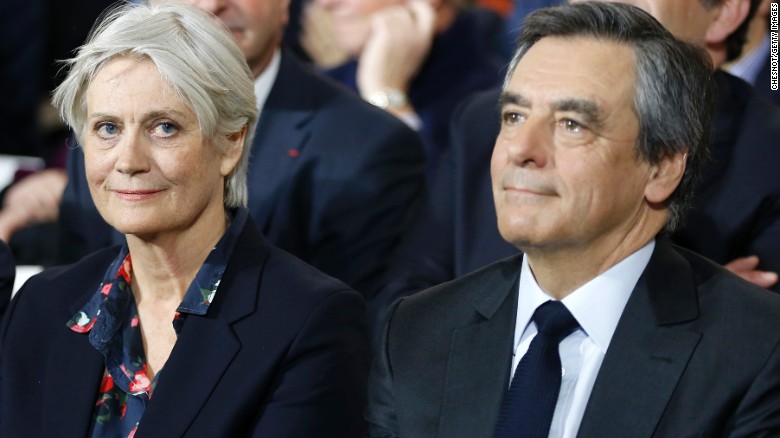 She is someone I can relate to. An English speaker, about my age, married to a Frenchman. Which makes the uproar currently sweeping our nation, the so-called ‘Penelope gate’, all the more disturbing.

I know almost nothing about Penelope Fillon, née Clarke, except that she is said to be from Wales and has been married to François Fillon, former Prime Minister (under Sarkozy) and the Republican candidate for the upcoming French presidential election in May.

When I learned that Fillon’s wife was Welsh, he immediately went up in my esteem. That she was shy and stayed out of the limelight made her seem rather sympathetic; her role as a stay-at-home mother of five perhaps less so. Often referred to by the media as Catholic and ‘deeply conservative’, Fillon has been accused of wanting to revoke abortion rights (something he has publicly refuted, stating that his personal convictions and the rights of women in this country are two separate matters).

It came to light last week that Penelope had received large sums of money as her husband’s ‘parliamentary assistant’ and later as a contributor to a political review. The left-leaning Canard Enchainé newspaper revealed the amounts, up to 900 K euros, over a 10-year period and suggested that it was in the guise of an ‘emploi fictif’, i.e. that she was paid to do nothing.

If there is one thing that French voters are sensitive to, it is the suggestion that someone has been paid for nothing. In an age of high unemployment, where so many people scrape to get by, the idea of our leaders taking advantage of the system to funnel money into their own households is unpalatable to say the least.

The unfortunate affair is now in the hands of the courts. In theory, there was nothing illegal in an elected official hiring members of his own family to do things like research his speeches, organize his schedule and do whatever else an assistant would do – giving birth to some interesting memes. 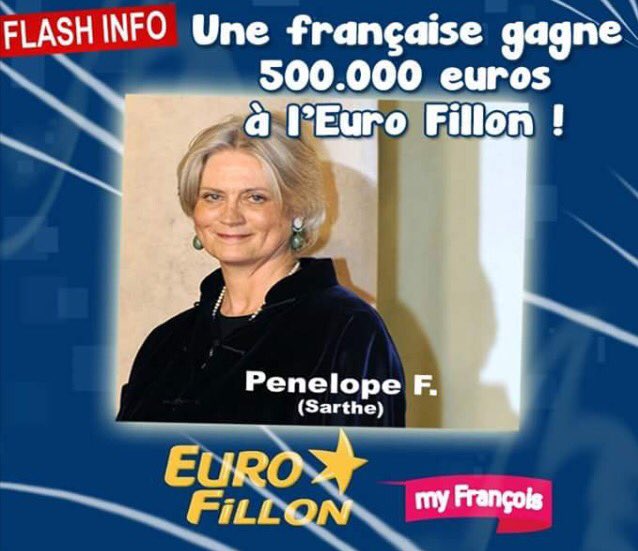 It will be hard to prove that Penelope did not earn the salary she received, which was fully declared for tax purposes. But the mere suggestion of such corruption has tarnished Fillon’s image in the eyes of a good part of the voting public – perhaps irrevocably.

François Fillon has taken the moral high ground in his campaign, declaring that if he is under any kind of investigation, he will not run. He has also pointed the finger at his opponents on the left, accusing them of the worst sort of mud-slinging, even a ‘coup d’état’.

It’s a political scandal with a potentially disastrous fall-out. The conservative votes that would normally have gone to Fillon, should he not be a viable candidate, will now be split between the left and the extreme right.

Hollande’s ruling Socialist Party has been left in ruins. It began with the defection of Emmanuel Macron, his former economy minister, who is leading his own presidential run as a free ‘centrist’ candidate. The Socialists’ official candidate, Benoît Hamon, is a ‘frondeur’ – a rebel of sorts – seen by some as a utopian. On the far right, rubbing her hands together like Wile E. Coyote, is Marine Le Pen.

While Fillon waits for the courts to decide whether or not to open an inquiry, the pack of hyenas who call themselves journalists in this country have already torn him apart and declared him an unfit candidate. ‘Presumed innocent’ hangs vaguely in the air while they speculate over campaign tactics and a potential plan B for the right.

In the meantime, I feel for Penelope. It can’t be easy to be a shy person who is suddenly cast into the worst kind of public scrutiny. I’ve never heard her speak on camera, so I don’t know how she handles herself in French. The suspense won’t last long – the investigative news magazine Envoyé Spécial is said to have an ‘incriminating’ interview with her which will air tonight.

Penelope gate, as the French have dubbed the affair, continues. Stay tuned.

Hello winter! #neige❄️ #snow #schnee
Can’t fault the French on presentation. But something suggestive in the chestnut purée…
War memorial in our future home town. #veveyswitzerland🇨🇭
Crystal clear night that drew me out for a walk just as dusk was falling. Hate the time change to winter but this was a bonus! #wintertime #switzerland🇨🇭 #vierwaldstädtersee
Bonne route! #roadtrip #swissalps #bluesky💙
Walk this way. #sundaywalk #swissalps