The two young firefighters belonged to the Sapeurs-Pompiers de Paris. Nathanaël, already the father of a 4-year-old boy at 27, came from north-central France; 28-year-old Simon was from a small town in the Savoie. Both had been volunteers before joining the ranks of the professional firefighters at the Château d’Eau station in Paris. Sadly, both men were killed in an explosion from a gas leak in a Paris bakery on Saturday morning. 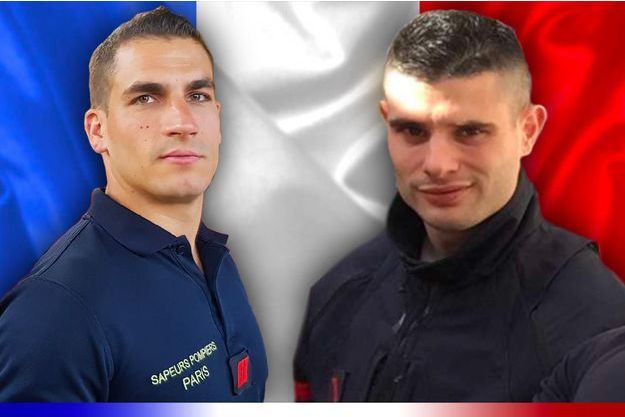 The scenes of devastation around the site of the explosion at 6, rue de Trévise in the 9th arrondissement were impressive. Two more people lost their lives in addition to the firemen and dozens were injured. Residents in neighbouring buildings were shocked into the streets, in pyjamas, not knowing if it was safe to go home. Such was the force of the blast that six buildings are now considered at risk of collapse. Firefighters had to rescue many older and fragile residents who were unable to get out alone.

Living in a country like France where many buildings and the surrounding infrastructure are truly ‘ancient’ (as the French world for old, ‘ancien’, suggests), such accidents happen more often than they should. The recent collapse of several buildings in Marseille also put the emergency services to the test as they spent days searching for people trapped in the rubble.

So often the vital and heroic work they do goes unrecognized, and their praises are rarely sung.

The majority of France’s sapeurs-pompiers, fire and rescue crews, are volunteers. Outside of the major cities most fire services have only one or two paid professionals who head up the local ranks of volunteers. We rely upon them for much more than putting out fires: they are the first on the scene for emergency medical services, roadside accidents, drownings, floods and disasters of all kinds. They provide emergency training to local citizens, advice on dangers like wasp nests and are often on hand at large gatherings to help keep the public safe.

The word ‘pompiers’, as they are most commonly called, comes from the fellow who manned the ‘pompe’ or water pump; ‘sapeur’ is rather more complicated but has to do with the fact that in the past, often the only way to put out a fire was to destroy or ‘saper’ the building. Credit: Wikipedia.

The distinctive ‘pam pom’ of the fire and emergency sirens can be heard with varying degrees of frequency all over France. It is a sound that I used to find terrifying but which now reassures me. It means that help is on its way, and when you live relatively far from a big city or a hospital, that is reassuring indeed.

I hope I never need them but I am grateful that they will be there when I do.