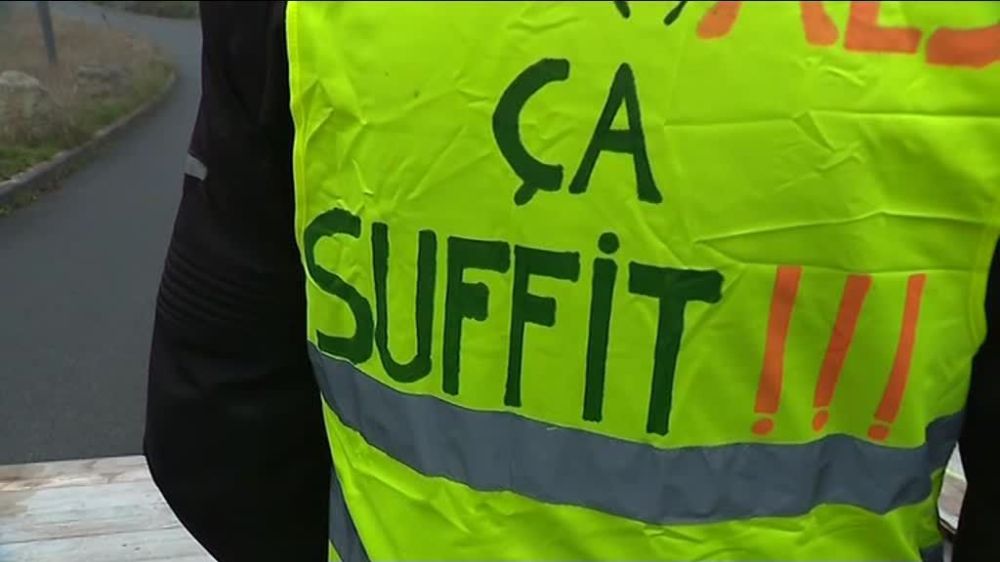 The subversive messages started going around on Facebook in October. It was all very hush-hush, in the spirit of the resistance that characterizes such movements in France. The gist was this: Stop! Enough already. The French people are already taxed to death. It is time to stand up and say no more. Ça suffit!

In protest against the latest round of price hikes at the gas pumps, 60% of which is tax, we were urged to get out our high-visibility vests on November 17 and join the protests and blockades to bring the country to a halt.

So was born the popular movement of ‘les gilets jaunes’ – the yellow vests – in France. The name is a natural as every French vehicle is required to have one of these on board.

And then, a couple of weeks ago, this video went viral.

Its author, Jacline Mouraud, has become the unlikely, sweet-faced spokesperson for the movement. Or perhaps not so unlikely. Because she speaks a certain amount of truths, simply but with heart. And there is no denying that the Macron government seems to be tone deaf to the outrage of the working poor, those who earn the minimum wage of around 1200 euros net per month (9 EUR per hour).

As she asks the government: What are you doing with all that extra money from our higher gas prices, the radar traps, the ‘contrôles techniques’ on older vehicles? Other than buying new dishes for the Elysée Palace or updating your swimming pools!

She also spews quite a bit of misleading information – fake news, in popular parlance. There is no ‘carte grise’ or license for bicycles, nor a government plot to get us all riding around on trottinettes.

But it has got a lot of angry French people out to protest since Saturday.

Sadly, two people were killed and over 600 injured, among both protesters and the police. And it ain’t over yet.

The higher prices for gas, especially for drivers of diesel vehicles of which the poor represent the majority, is just the tip of the iceberg. The ‘ras le bol’ (sense of being fed up) among the French goes beyond the government’s carbon tax to compensate for new, more ecologically friendly, modes of transport. Even the poorest taxpayers understand the need to cut pollution. It is the fact that people here feel their purchasing power diminishing, that seniors can no longer count on their pensions to cover the cost of living, that working people cannot make ends meet.

It is a context that is popular and political and fired by a sense of social injustice. I hear rumblings of student protests and if that happens, well…who knows?

What do you think about the ‘yellow vests’?

And then this happened. #skiesofinstagram #centralschweiz #stormseason
Stormy skies. #drama #lémanlac🇨🇭
Every castle tells a story. Château de Chillon, on the shores of Lake Geneva, is well worth discovering. #memories, @leaneveroff ?
Nine years since I left this beautiful building and the corporate world behind for the freelance life. Never looked back since but I do love to revisit it whenever I’m in Geneva. #genevaarchitecture #inspiringbuildings #secheron
In full bloom. Peonies don’t last long but they are voluptuous. #shinebright #peonies #shootingstars
The best flowers are the ones you offer yourself. #mothersday #peonies🌸