Love stories are both universal and intriguing. Irrespective of age or gender, culture or nationality, whatever alchemy makes people fall in love with each other is a mystery. And it is a beautiful one at that.

What puzzles me more, and is a question I’ve been thinking about lately, is what makes people stay together. Once that first spark fades, some couples endure, others split. There are shared values, of course, and commitments both contractual and emotional. There are financial interests. There is sexual attraction, intellectual companionship and compatibility on so many levels. Still, it is a long haul. For better or for worse.

The idea of divorce, of breaking something that has been built together over a lifetime or even a number of years, is brutal. And yet it is something that happens roughly 46% of the time in France, a figure similar to that of other countries. Which means that those who do stay together must have their reasons. Just as those who split must suffer terrible pain.

What is the glue that attracts and then holds people together? Perhaps it is some combination of complementarity in character and need that each fulfills in the other.

The love story of Emmanuel and Brigitte Macron should never have happened. Or if it happened, by all rights it should have ended when he left the high school in Amiens where she was his French and drama teacher.

Their 24-year age gap is beyond what most people can fathom and certainly what most parents can accept. Apparently Emmanuel’s parents at first objected strenuously to the relationship. They could have had Brigitte fired, even jailed. He was 15, she 39. When it became apparent that it was happening, against all reason, they accepted Brigitte. In 2006, she left the husband with whom she had born and raised three children, then married Emmanuel the following year. 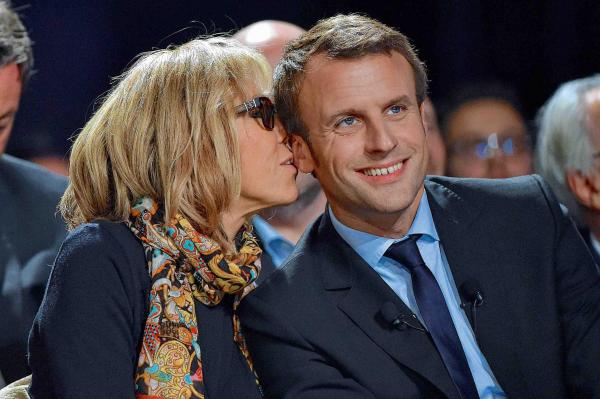 Shortly after her husband turned 40 as France’s youngest-ever President, Brigitte celebrated her 65th birthday in April. Truth is surely stranger than fiction.

The first is The Split, a dramedy about a family of female divorce lawyers with their own relationship issues. Right up my alley. And with outstanding performances from the ensemble cast led by Nicola Walker and Stephen Mangan. Here’s the scoop on the production from screenwriter Abi Morgan.

The other is A Very English Scandal, directed by Stephen Frears, in which Hugh Grant memorably portrays Jeremy Thorpe. Thorpe was a British politician and leader of the Liberal Party who became involved in a homosexual scandal in the late 1970s. Norman Scott, his young lover, is played by Ben Whishaw, whose performance I found even more gripping than Grant’s. The mystery here is the love story between the two men. Despite the fact that his mentor tries to have him murdered, and the scorned lover attempts to bring down the older politician in a biting yet hilarious courtroom drama, the glances between the two men reveal a very real and enduring love.

What is this thing called love? And why are we forever fascinated by it? There is something about the unlikely pairing of people that captures our imaginations and tickles our romantic hearts. Who more so than Jane Birkin and Serge Gainsbourg?

It is perhaps no great mystery why, when a young Frenchman walked into a bar in Toronto back in 1985, this woman eight years older went home with him. What I still haven’t figured out is how we managed to bridge the gap of distance, language and culture, get married and remain together all these years.