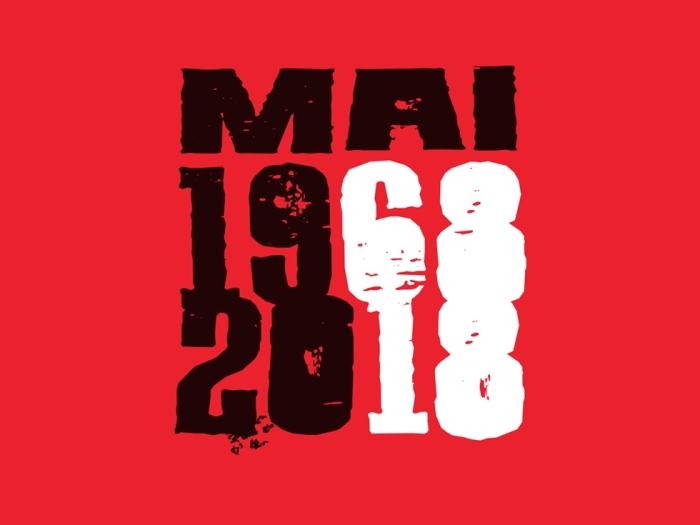 This month marks 50 years since the events of May 1968 brought the winds of social change to France.

It started out with the students. Their protests against capitalism and consumer society soon led to general strikes, demonstrations, occupations and violent clashes with police.

President de Gaulle fled for fear of seeing the Elysée Palace overrun; despite rumours that he would resign he held on. Still, at the end of may, with half a million protesters in the streets of Paris and in order to avoid a civil war, he dissolved the government and called for an election in the following month.

Talkin’ about a revolution.

The following year, 1969, those same winds continued to blow on the other side of the Atlantic. It had started in 1967 with the protests against the draft and the war in Vietnam but the unrest picked up speed that year. My parents had just moved our family from Canada to the U.S. At twelve years old, I was too young to fully appreciate what was going on in Woodstock, but I remember being riveted by the songs of revolution. And living state-side in Minneapolis as I saw first hand what it meant to be American. We had to pledge allegiance to the flag at school. I placed my hand on my heart but never bothered to learn all the words.

Half a century later, you have to wonder: have we learned anything at all? The world has surely undergone many a revolution in the past 50 years, perhaps the biggest of all being our entry into the information age. So much has changed, and yet so little. Social injustice, the waves of migrants displaced by war, the violence of governments against their people…

Perhaps one thing that has changed is that communication technology is making it harder for any one group to own the information. The change has been slower to come here in France but, as explained in this report from the BBC, it has taken the wind from the sails of the strikes this year. People are able to see which trains are running and adapt accordingly. They are increasingly allowed to work from home. The government has been able to monitor, and surely influence, the news flow.

Of course, the other side of information is misinformation. The attention economy. Fake news. A new battle is being waged, and our minds are the battle field. Sadly, many wander into the war entirely unprepared. Media literacy is all too scarce. Manipulation of naïve souls is all too easy.

There is a tendency in France to think of the events of ‘68 as a purely French phenomenon. It was a time of profound change that brought the sexual revolution, women’s liberation and workers’ rights. But the times, they were a-changing around the world. And the impact of those changes is still being felt today.