I never thought of myself as an ‘and/or’ before I moved to France.

I kept my name when we got married, and this has mostly stuck. Although the French do have their own rules when it comes to names and married couples. Essentially you can do as you like but your spouse’s name will be used as the default when it comes to things like family, healthcare and taxes. Alternatively they will address you in full including both surnames and all given and middle names.

My husband’s family name, which for reasons of privacy I keep out of this blog, is not an easy one. Beau-père always joked that had it been Rothschild, I would have changed it. I think not.

Identity has always been extremely important to me. I yam what I yam, as Popeye the sailor man said. I don’t mind if you hate me. Just don’t ignore me. 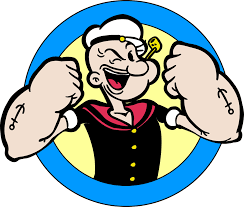 But as a middle-aged woman, especially one with short hair and glasses, I find myself increasingly invisible. At the market, on the street, in public places. This will not do, so I stamp my foot and roll my accent around the r’s for effect. Usually once I open my mouth I get attention. Sometimes more than I bargain for.

When I saw the trailer for the film, Madame,  I knew I had to see it. I love Rossy de Palma, and the story of the maid who is invited to make up the numbers at the chi-chi Paris dinner party hosted by an American couple just resonates with me. She’s a woman who goes from being invisible (is there anyone less visible than a maid?) to standing out a bit more than she – or others – are comfortable with.

It’s just come out in France, although I see it was already released in Australia back in August. Maybe someone who understands international film distribution can explain that to me.

How about you: have you ever felt invisible?