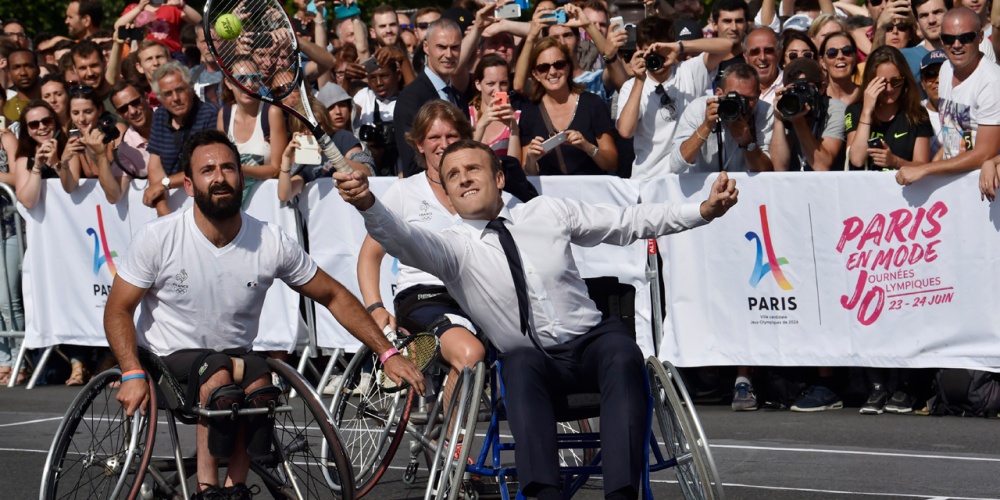 Lies, baloney, bullshit. The French expression ‘C’est du pipeau’ describes the music of a pan pipe and the fake news that some would have us believe.

The rumours that Emmanuel Macron was gay began to circulate earlier this year, just as his presidential campaign was taking off. It was first whispered into my ear by my coiffeur, a normally reliable source of gossip. Marc fancies himself a hairdresser of the Warren Beatty school in the movie Shampoo, so presumably not batting for the other team.

I was shocked. Not that Macron might be France’s first gay president but rather that he was hiding his orientation behind a so-called ‘sham’ marriage.

The media picked up on the rumour that Macron was in a relationship with head of Radio France, Mathieu Gallet. It was continually denied but kept coming back, the way such things do. Presumably the source was political and designed to ‘déstabiliser’ the candidate.

The real-life stories of Emmanuel and Brigitte’s love affair, with their 24-year age gap, seemingly put to rest the gay pipeau. (Read this excellent piece in the New Yorker.)

Politicians are seductive, and Macron is certainly that. The fact that he is young, attractive and speaks fluent English doesn’t hurt. He is also the first French president to have figured out how to manage the media. Or at least keep them on a short leash.

Now Macron’s latest image abroad is that of le séducteur. His ‘saucy Gallic charm’ is immortalized by Tracey Ullman’s Merkel (not the funniest clip in the series but a propos…)