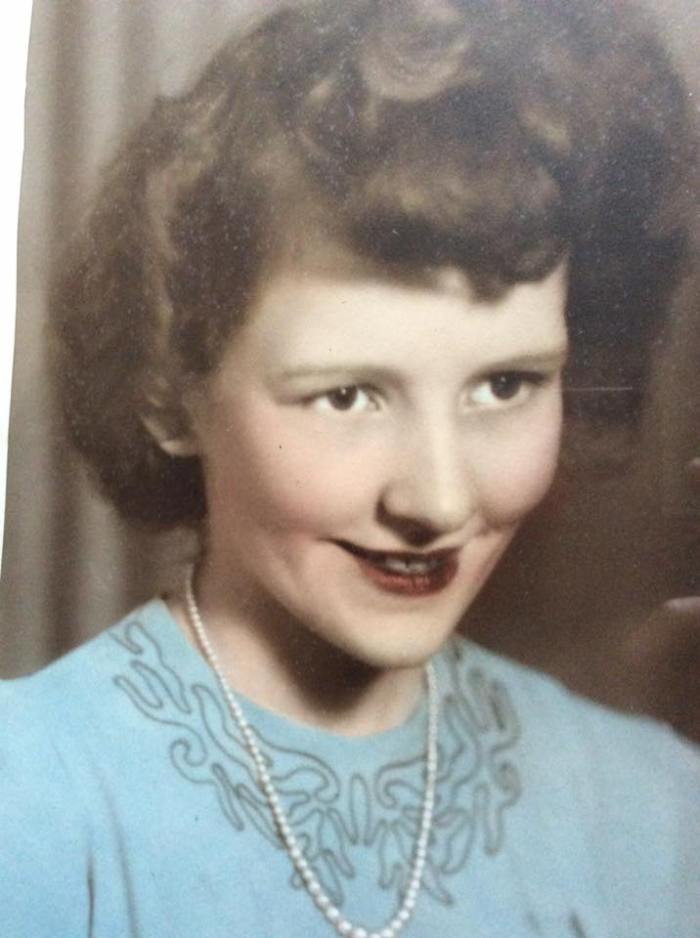 In honour of Mother’s Day in France this Sunday, and in memory of my mother who would have been 90 this year, here are a few memories I hold dear.

Her name was Gladys, or Gwladys in the French spelling that picks up on the Welsh origins of the name. This post is not about anything French or Welsh but a woman who in some ways I hardly knew, and yet who was close to me as only a mother can be.

Gladys Catherine Angela Kennedy was born on the 21st day of March. “I came with the Spring,” she liked to say, with a raised eyebrow and the glint of a smile, all the self-deprecating humour of the British bred in her bone.

Perhaps Gladys was a name that needed a sense of humour. The only other Gladys we knew of was a gorilla at the zoo, and a funny looking cleaning lady on the TV commercials. One morning after my parents had been out late at a party, I found her name tag stuck on the toilet seat: “Hello, my name is Gladys.” When we asked why it was there, Dad said it was because that’s where a glad ass should be. He always called her Glad for short. And Glad she mostly was.

My mom (which we always pronounced ‘mum’, in the English way) was mine in the way that only a mother can be. She was the one person I could admit anything to, who understood my fears and helped dry my tears without judging or making fun. In return she confided in me, her eldest, making me feel special and unique.

She was proud to have a first-born girl of many talents. I was good at drawing and could ride a bicycle, had a fine voice and was not afraid of going on stage and showing off in front of people, none of which she was able to do. And when at times I got too big for my britches, she told me so, reminding me that humility was the greatest virtue and that God loves the weakest best.

God was where Gladys and I parted company.

To my eternal disgust, my mother named me after a nun, a certain Sister Mary Ellen that she herself had greatly admired. It probably explains why I later adopted my initials as a nickname. Other than my hero Julie Andrews, who is kicked out of the abbey for being rebellious in the Sound of Music, the only nun I could ever relate to was played by Sally Field. As a child The Flying Nun was one of my favourite TV shows, and I would have sold my soul to stay home to watch it on Sunday mornings rather than getting dressed up and going to mass. Come hell or high water, my mother conscripted all four of us children to attend church with her. Dad, a sometime Anglican, stayed home and read the paper.

The only part I liked about church was the hymns. It was also an opportunity to observe the backs of people’s heads and try to catch them in surreptitious behaviour such as nose picking, shifting suspiciously in their seats (maybe that was why they were called pews!) or catching a few z’s. When I got bored with that, it was my personal ambition to try and make my mother laugh. This didn’t always work but every now and then I would draw her attention to some particularly ridiculous looking hat or a bald fellow singing off-key in the next row. At my best I’d manage to reduce her to tears. It got to a point where if I could only catch her eye, I could get her going with a simple deadpan stare. The poor woman learned to religiously avoid looking at her eldest daughter during mass.

When I reached the grand old age of sixteen I put my foot down, announcing to my mother one Sunday morning that I had decided not to go to church anymore. God was all very well but I just didn’t believe in religion, I explained, standing on the stairs in my pyjamas when they were about to leave for Holy Spirit. Why should the Pope dictate that people spend their Sunday mornings inside some church smelling incense? My idea of spirituality was going outside and communing with nature. Furthermore, it went against my feminist principles: why shouldn’t women be priests? Besides, I declared, figuring I might as well go the whole nine yards, I didn’t think there was anything wrong with sex outside of marriage.

Upon hearing this speech my mother blinked at me in stupefaction: I may as well have told her I was Mary Magdalene. She eventually got past the shock and accepted that, despite having done everything she could do to raise me as a Catholic, I was not cut out to be one of the faithful.

Other than her family and her faith, what kept my mother going in life were her friends, along with her coffee and cigarettes. She drank coffee all day long and was almost never without a smoke. Gladys was a people person. Her friends and acquaintances were many; she got a kick out of people from all walks of life and truly enjoyed listening to their stories. She always laughed, no matter how silly the joke. But although her sense of humour held her in good stead, it was not always enough. Sometimes she was depressed, and these times were hard on all of us.

She was not a very good housekeeper; this was less to do with any innate lack of orderliness but rather of being overwhelmed by life: four children, two large dogs and a husband whose right it was to come home and put his feet up. Our house was never dirty but it was often hard to tell beneath the sea of clutter.

Her priorities were often elsewhere. She was a good cook and a light hand with pastry. She had excellent, expensive taste; she decorated and dressed well, if conservatively. She often went out to church groups and she and my father went to theatre evenings and to play bridge.

Mom did not approve of swearing but she did use colourful language. She was famous in our family for her expressions: “Go to Putney on a pig!” she would say in moments of duress. Her most cutting criticism was, “She gives me the pip!” And she often asked the iconic question: “Who’s she when she’s out?”

‘Mother’ was the name that Gladys always used when referring to her own mother, my grandmother, upon whom she doted. There was a formality in their relationship that was altogether foreign to me. I detested all things stuffy and stuck up. I wanted us all to be friends and equals, kids and their parents and grandparents, with no artificial boundaries of age or politesse between us.

From the first time they met, Gladys liked and approved of her future French son-in-law – small matter that he was foreign and seven years my junior. She got a kick out of his fractured way of speaking English. “You have a nicer sewer,” he said when he saw her sewing machine; another time he said ‘crow’ and pronounced it like cow, sending her into the kitchen in fits of giggles. He also won points by thoroughly enjoying her home cooking, the ultimate compliment, resulting in a situation of shortage at family suppers that was quickly dubbed, “The Frenchman factor.”

She had a sweet tooth, and when she came over with my family to Paris for our wedding, she made it her personal ambition to visit every pâtisserie and sample every pastry possible. I remember her clapping her hands with delight when a waiter came bearing her dessert, a generously sauced serving of profiteroles.

Gladys passed away far too early, shortly after learning that I was expecting her first grandchild. Many chapters of the family story have unfurled in the years since she left us, and still she is missed and fondly remembered. She lives on in her grandchildren, who resemble her in different ways: a bit of bone structure here, a smile and a kind word there.

My mother’s story is part of me, but her story is not mine. Although I eventually did become a mother, I did it on my own terms. Perhaps being true to myself was the greatest tribute I could pay to Gladys. 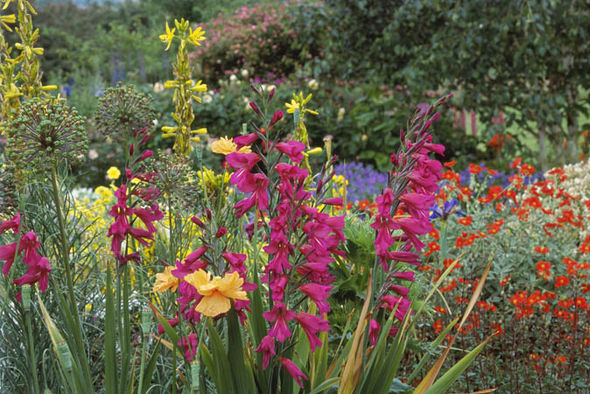