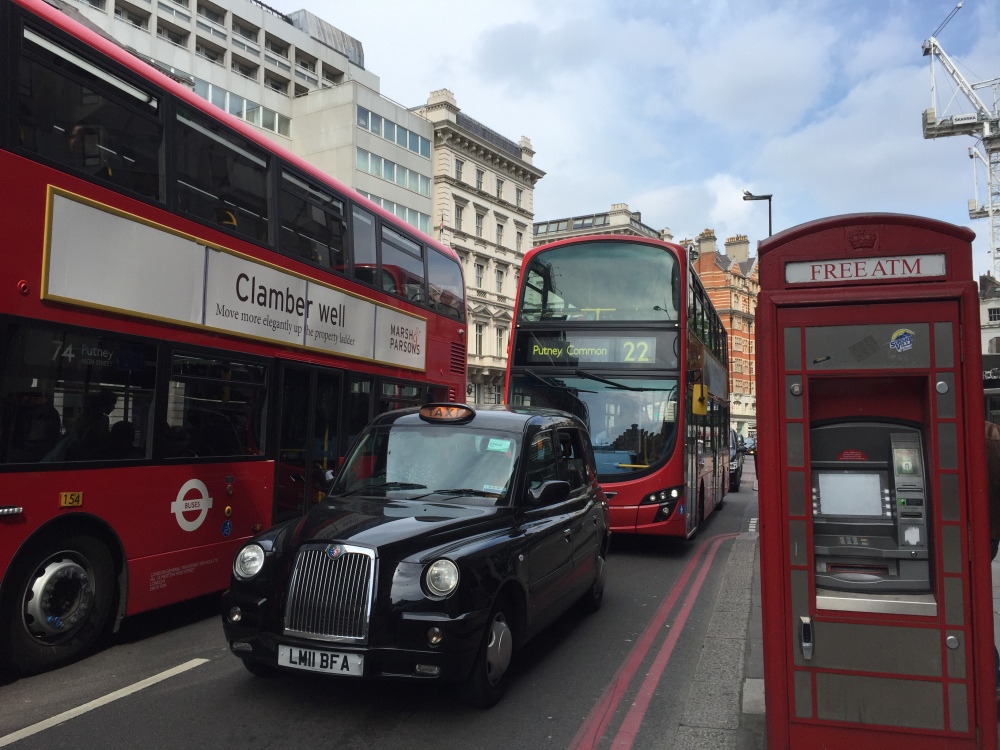 We are just back from a few days outre-Manche and I thought I’d share a few impressions of England as seen by a Frenchified anglo.

We heard so much French spoken on the streets at first we thought we were still in Paris. I had read of London being France’s 6th largest city, but it still came as a surprise.

We had booked a small hotel in South Kensington, which I later learned is home to the Lycée Français and an area known as ‘Little Paris’. It was election Sunday, and in the afternoon there was a long queue of voters on the street. Can you tell these people are French? I got very good at sussing them out before they said a word. 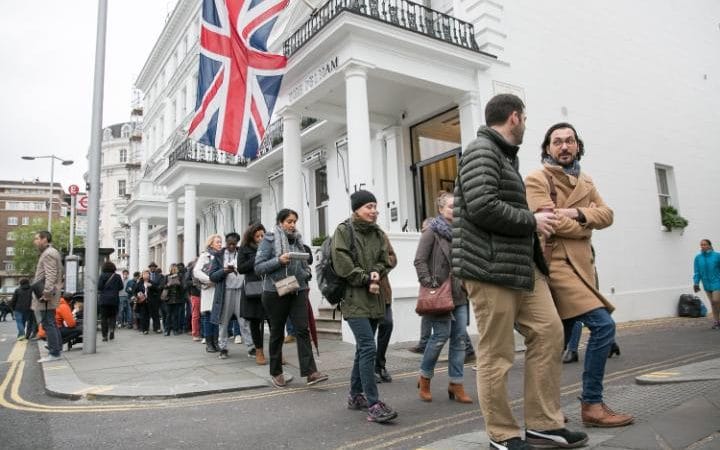 In the bar where we went to toast Macron’s sweep to victory the waitress was also – quelle surprise! – French. Like most French people we met, she was relieved to have escaped an extreme-right government but a bit concerned about being sold to the highest bidder by a former banker.

There was no restaurant in the hotel so we went out for sustenance in the morning – and found ourselves enjoying continental breakfast at the French bakery ‘Paul’. (We made the mistake of a full English one morning at the local pub which part of the ‘Fullers’ chain and it was truly awful – powdered eggs!).

I love London, so our few days there were a treat. Thanks to Osyth (of the excellent blog Half-Baked in Paradise) for suggesting the tour of Spencer House – it was a fascinating glimpse inside a privately owned palace.

Still, I was surprised at how scary the streets were. Not because of terrorists or muggers, but rather because of the lack of clear rules for pedestrians. First of all, there is the issue of the side (left, wrong or otherwise). No matter how many times I crossed the road, I could never be sure which direction the traffic was coming from, so found myself like a terrified extraterrestrial, head wildly turning in all directions before placing a tentative foot on the street. While some areas were marked, others had no indication at all and it was unclear if we had any right of passage.

It seemed that there were signs and ramps for the disabled everywhere, but few or no signs for pedestrians. Not that the disabled don’t deserve the help, but surely we don’t want everyone to end up in a wheelchair? 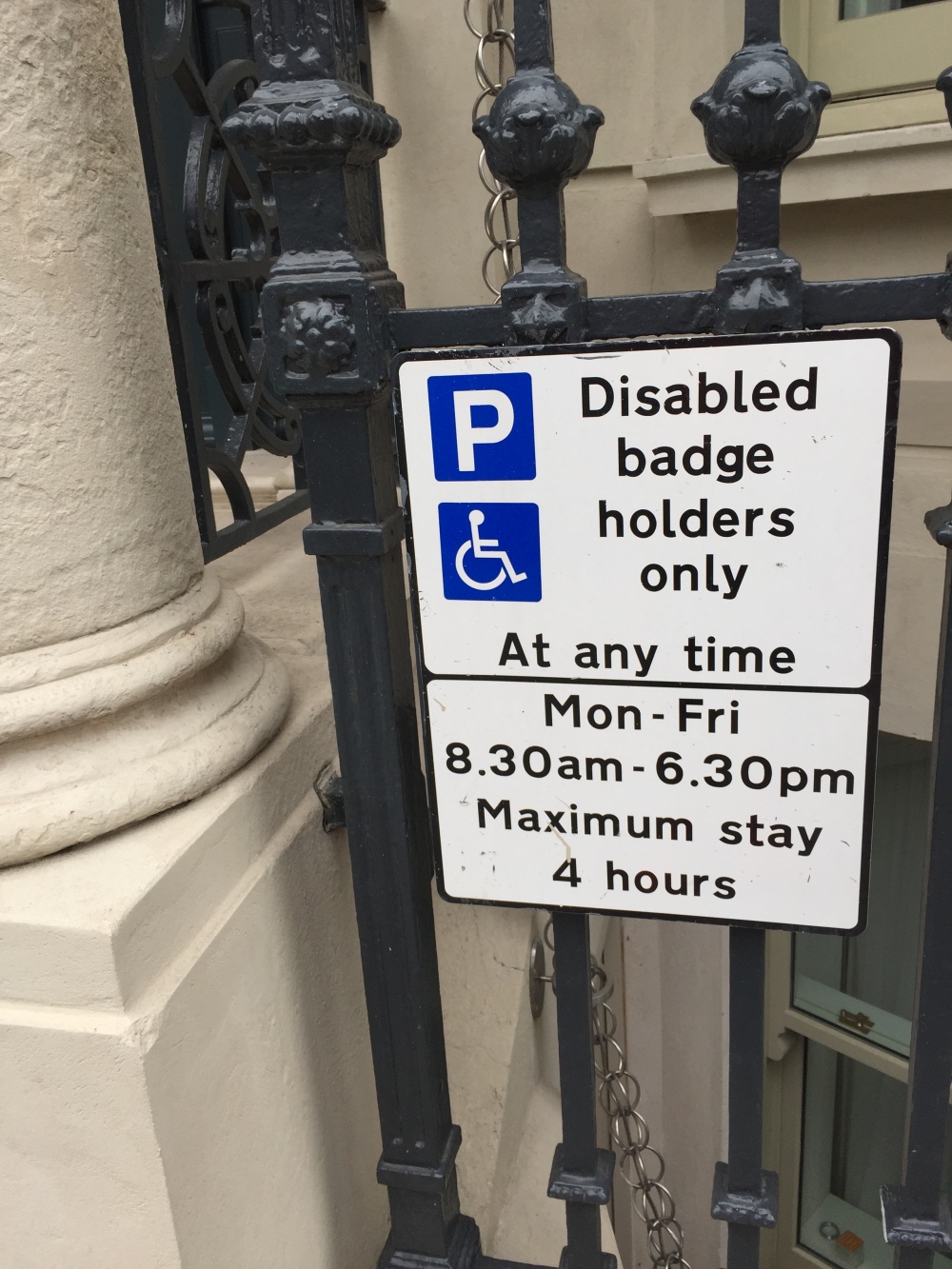 I was not exactly inspired by confidence when crossing this bridge. 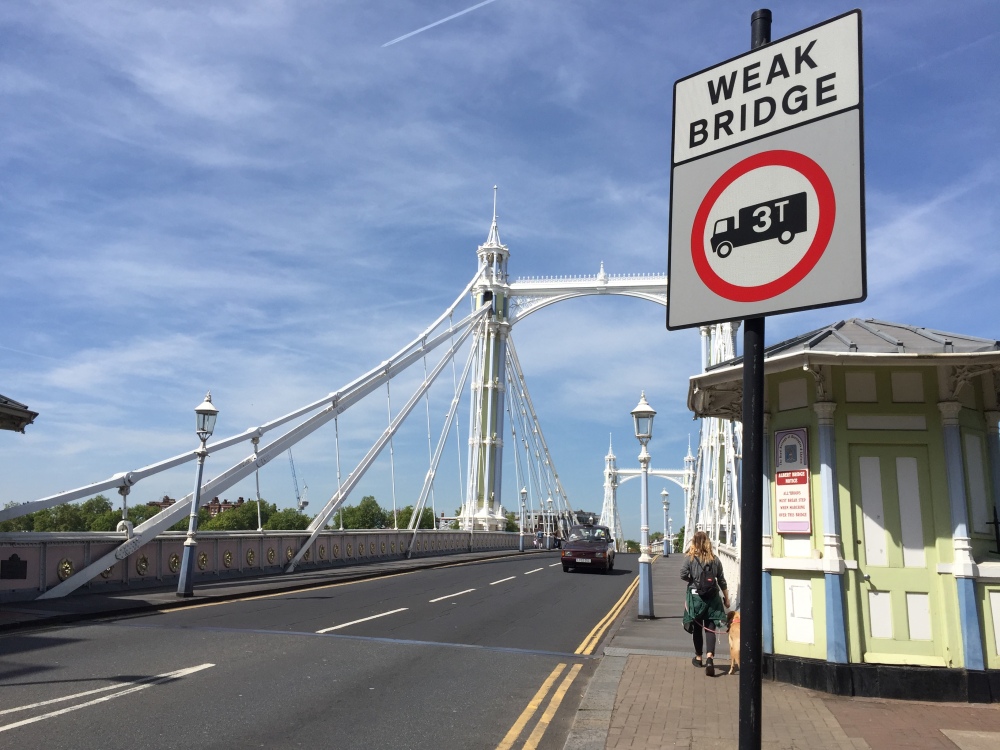 We left London for the countryside near Nottingham, where we visited our daughter the future veterinarian for a few days. Everywhere we went, I was struck by how explicit the signs were.

Were you raised in a barn? 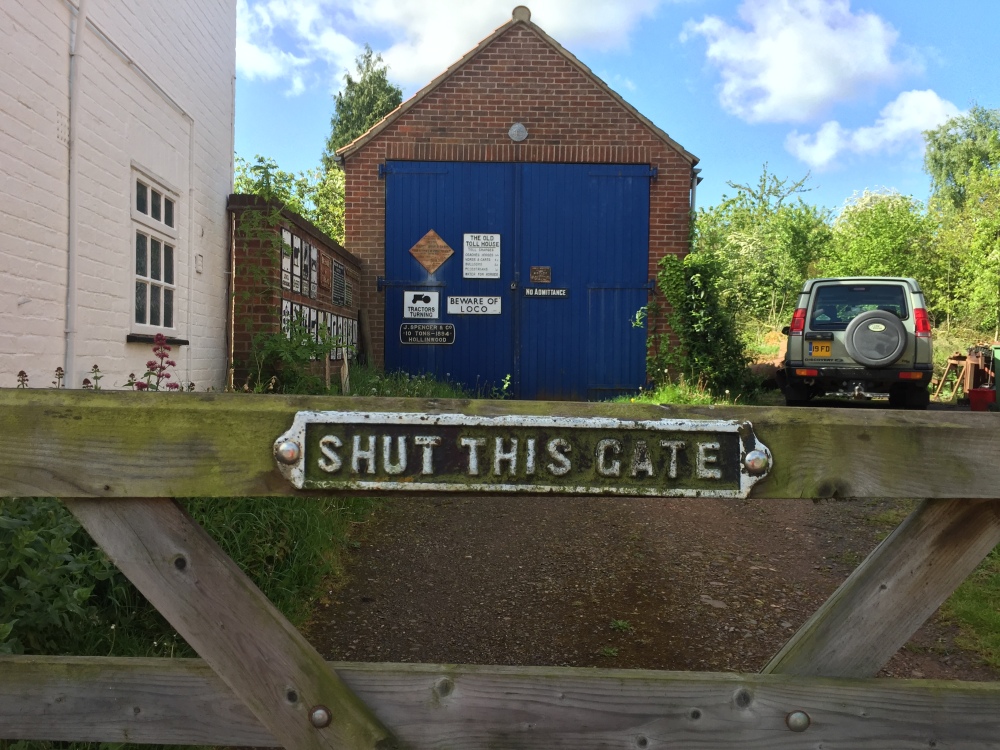 I’m not sure the fine will deter many. 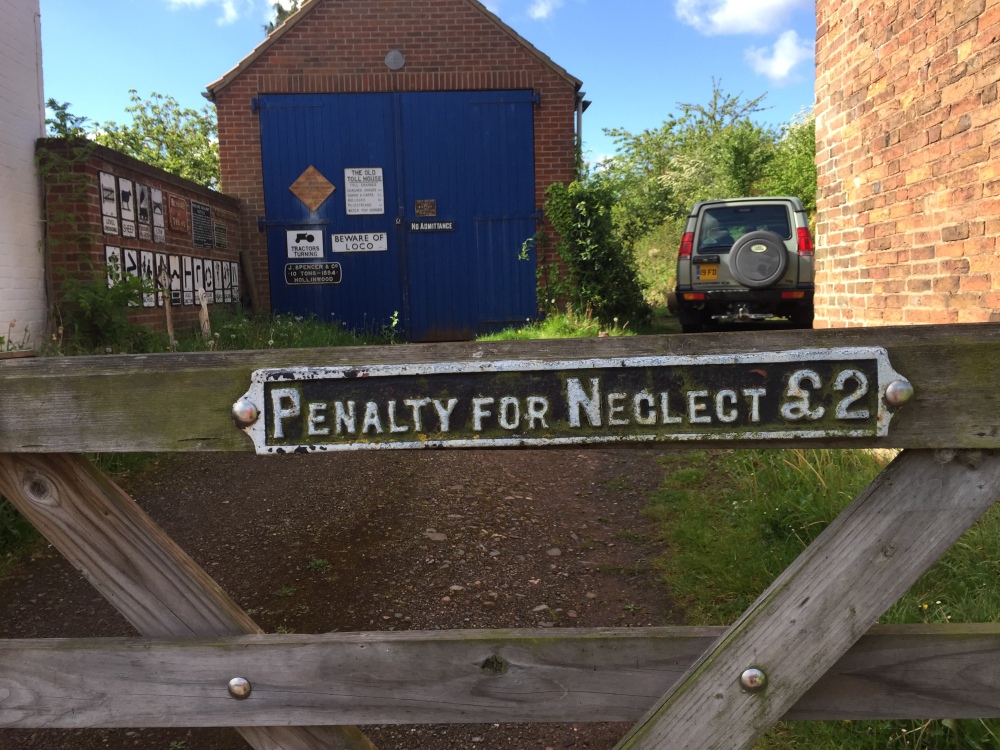 Signs like these are worthy of a Monty Python sketch. 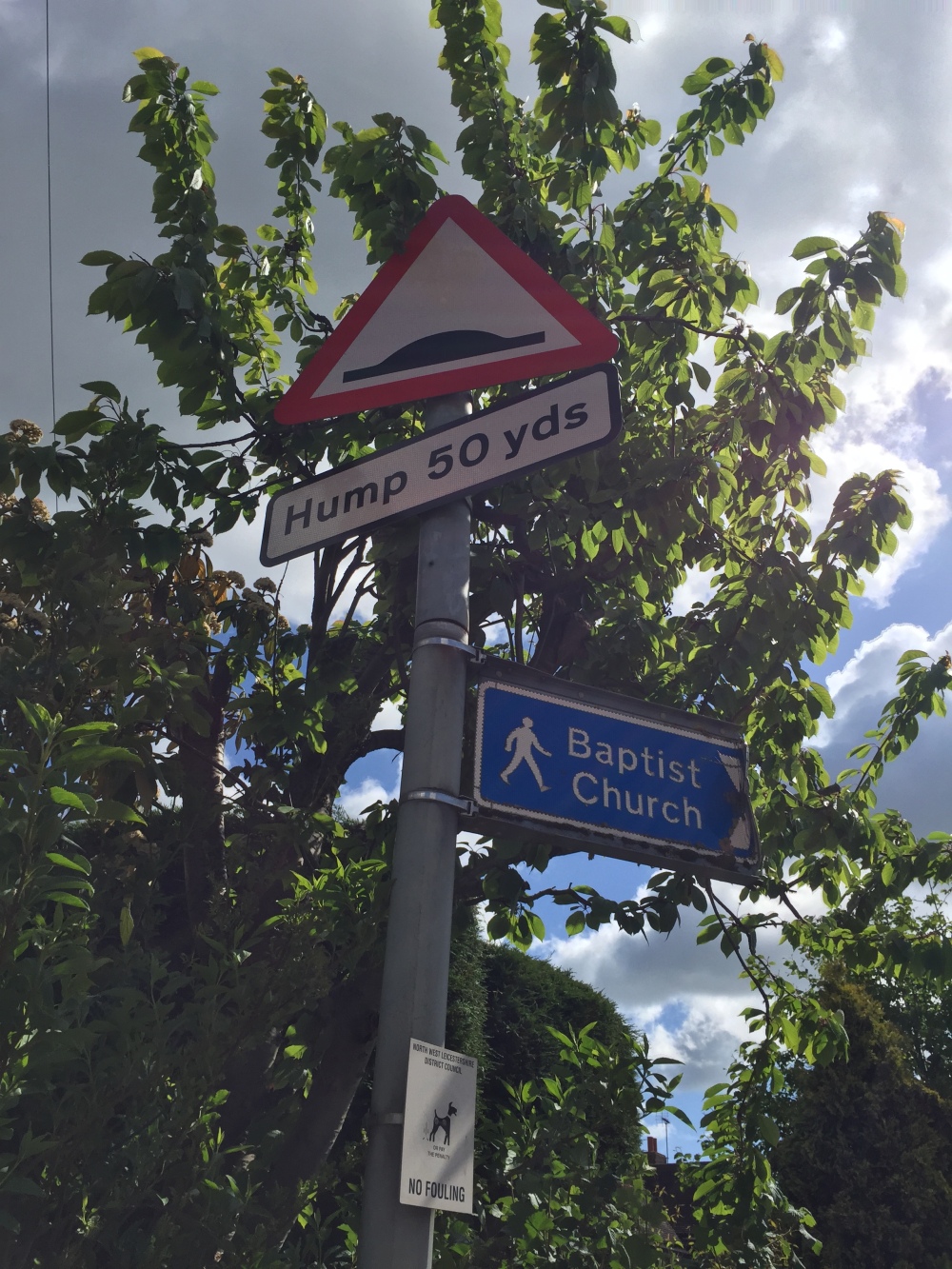 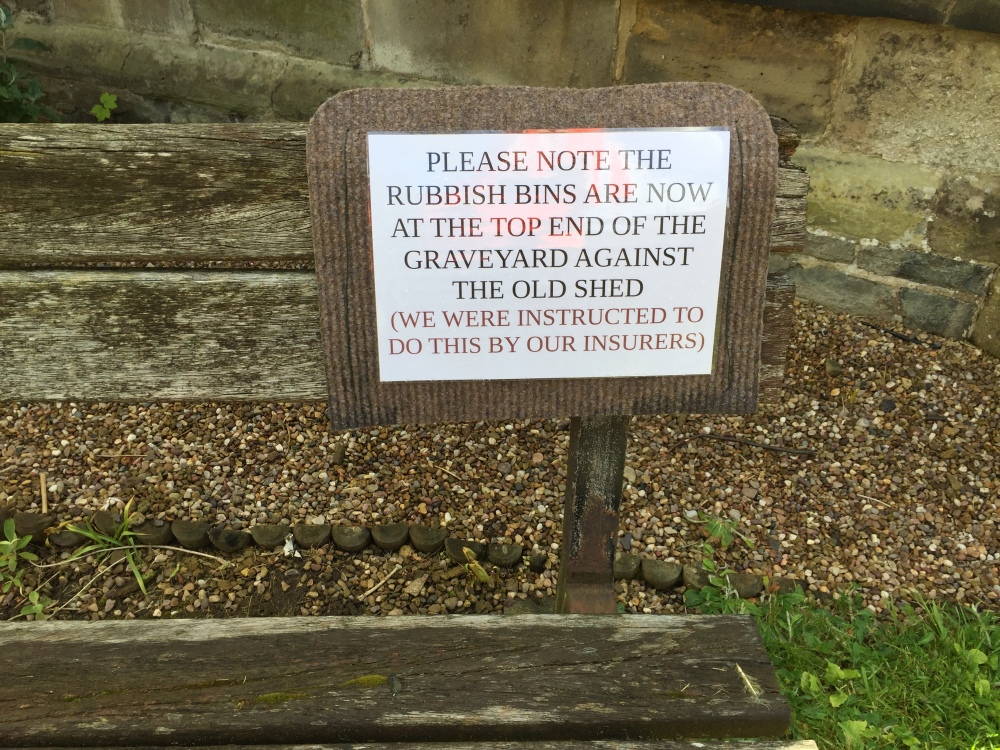 God save the Queen!

Have you seen any good signs lately?

Thunderbangers roll in. Can you hear the natives getting restless? #sheep #swisslife #stormyweather
And then this happened. #skiesofinstagram #centralschweiz #stormseason
Stormy skies. #drama #lémanlac🇨🇭
Every castle tells a story. Château de Chillon, on the shores of Lake Geneva, is well worth discovering. #memories, @leaneveroff ?
Nine years since I left this beautiful building and the corporate world behind for the freelance life. Never looked back since but I do love to revisit it whenever I’m in Geneva. #genevaarchitecture #inspiringbuildings #secheron
In full bloom. Peonies don’t last long but they are voluptuous. #shinebright #peonies #shootingstars