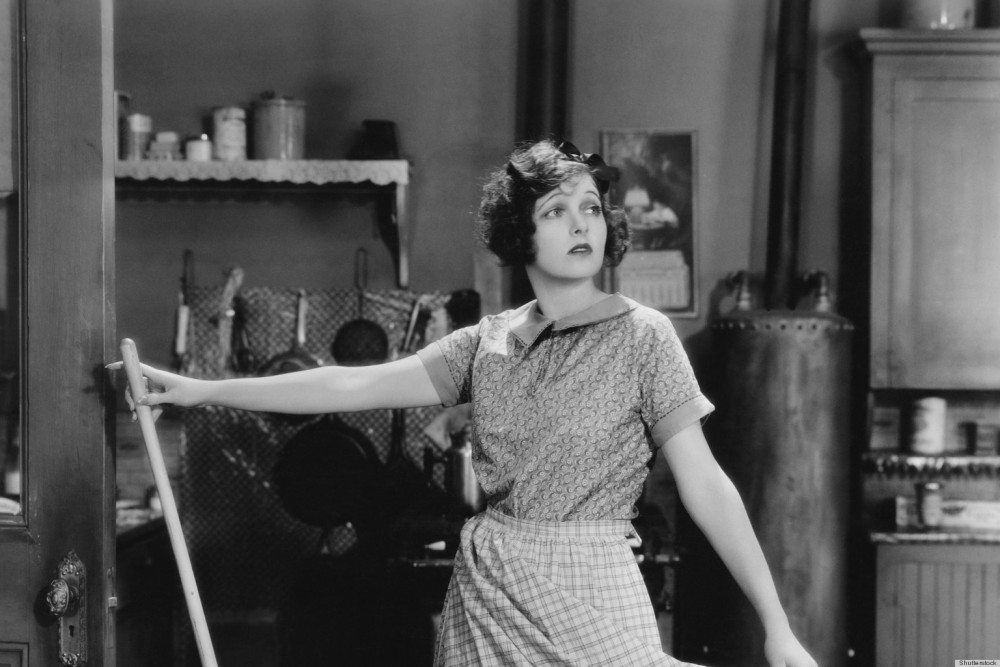 (For anyone groaning, “You have a cleaning lady?” you may as well stop reading here.)

I am rarely without a cleaning lady. I use this outmoded term intentionally for two reasons: 1) The commonly used French term is ‘femme de ménage’, even though a former colleague used to proudly refer to her ‘homme de ménage’; I suppose it is technically possible to find a man willing and able to do the job, although I personally doubt the existence of such beings. 2) 99% of cleaners are women, so who are we kidding?

First, let’s get our terms straight. ‘Ménage’ is housework, ‘faire bon ménage’ means to get along well with somebody, and ‘ménage à trois’ you’ve probably already heard of in a slightly different context – this being the main thing on search engines’ minds when I googled ‘ménage’ in search of photos.

The official French term for the profession of cleaner is ‘technicien de surface’, a job which is filled by both sexes in supermarkets, hospitals and office buildings. But when it comes to households and their cleaning or ‘ménage’ (the same word refers to both), women dominate the field.

A series of cleaning ladies has swept through our lives in recent years. I am daily reminded of Patricia, a pixie-like woman with a cloud of red hair who arrived at our door looking like the French rock star Mylène Farmer. It was she who coerced me into adding Léo, one of my current cat bosses, to our ménagerie. Her particular obsession was dust in unreachable corners of the ceiling, and I would often see her perched precariously high while swiping at dust motes. As she was one of those whom we hired ‘au noir’, that is to say under the table, I often feared an accident for which we would be held responsible.

Another called Carole spent hours taking apart and cleaning the Dyson. She also snooped through our papers and regaled me with dirt about other clients, and the number of thongs she found under the bed. She was the only cleaner I have ever let go.

We tried several agencies so as to do things in the above-board way and, as an added incentive, get a tax break. I invariably found these individuals to be less gung ho than their cash-only counterparts. One rather heavyset young woman demanded that I supply her with enough wet wipes to clean the entire house. Another insisted on ironing (against my religion) but refused to take out the garbage. How can you clean a house without emptying the bin? Another scowled the whole time she cleaned, making me sure she hated us, our house and the pets. Later I learned that she had eye trouble, explaining both the frown and her selective vision of dirt.

When we are between cleaners, as we are now, I put on the red hat I reserve for emergency operations like moving house. I clear the area of pets and clutter, rally the troops (currently diminished to one half-hearted husband), let go a battle cry (“Time to clean!”) and wield my vacuum cleaner with gusto. A couple of hours later, our house is more or less clean. Unfortunately this state is all too transient and, in the hours and days that follow, I am transformed into a clean freak, a kitchen counter kamikaze, toilet seat totalitarian.

When we find another cleaner, I will be able to quit this thankless task and our household will return to its normal state of bon ménage.

How do you approach house cleaning? Or not?

Little tour around the lake yesterday. Yes, the water really is this colour! #nofilter #swisslake #loveswitzerland #vierwaldstättersee
Le vent! #blownaway #windy #vierwaldstättersee
Eye-catching #architecture #zug #bluesky💙
Salami anyone? #lovelugano #sliceofswitzerland
Woodpecker holes? First time I’ve seen these... Oddly enough we could hear a cuckoo bird all along our hike through the forest. Also a first! #birdlife #naturelover #swissalps
Message in a bottle. Some of the more surprising sights in Lugano. #artoftheday #sculpture