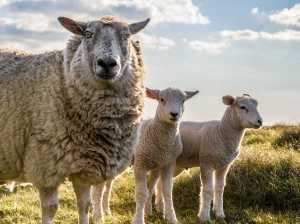 The other day I heard someone on the radio talk about le leader sheep. While I have lived here long enough to be able to recognize when the French speak franglais, it nonetheless took me by surprise. And the rather strange image of the leader sheep popped into my mind.

It’s funny because we tend to think of sheep as followers. If we hear about people behaving ‘like a bunch of sheep’ we will imagine them blindly following. Come to think of it, perhaps that’s what leadership is all about?

There is something endearing about the French use of English words. It’s as if certain concepts must be expressed in the original version as they simply do not exist in French. Business French is strewn with such jargon, sometimes to the point where it is difficult to know which language is being spoken. Some very funny examples were immortalized by the French minister Annick Girardin in an open letter to the business world, shared here.

I remember once asking a colleague: Surely there must be a French word for leader? “Oui,” she said. “Un meneur d’hommes.”

“Hommes?” I asked. But what about women? My colleague explained that ‘hommes’ in this context is meant in the broad sense (sorry, bad pun) to also include les femmes. Ah oui, bien sûr.

One of the reasons I like living in France is that the cult of the politically correct is slower to catch on here. They may not have a word for leadership but they are also less like sheep. Come to think of it, getting the French to follow anybody is a challenge.

Care to share your experience of leadership or leader sheep?