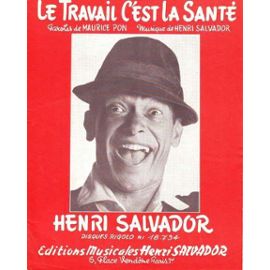 It occurred to me the other day that I will probably never retire. Quoi!? I can hear the cries of outrage echoing across France.

The French have a love-hate relationship with work. They spend a good part of their adult lives seeking it, and once they get it, spend the rest of their careers plotting how to retire early. They work very intensely for short bursts, then take long holidays to recover. What saves them is knowing it will all be done and dusted at 62.

Retirement with full benefits is a hard-earned right in France. I won’t go into how the system works here – c’est compliqué. Suffice it to say that like most pension plans, the whole thing will go bust unless the French agree to raise the retirement age. It’s been all over the news lately as the unions negotiate with the powers-that-be over incentives to get people to work for more years.

As I began working in France late in the game, I will likely never qualify for much of a pension. I am trying to max my retirement savings but, realistically, I am destined to become one of those very, very senior consultants.

And guess what? I’m fine with that. I happen to believe that work keeps you happy and healthy. It’s all about doing what you enjoy and getting that work-life balance thing right.

Working as a freelance writer has its ups and downs but at least it is not a physically challenging job like window washer, or as mind-numbingly boring as bean counter. Hopefully it will enable me to stay gainfully self-employed until they roll me away from my computer, hunched and decrepit as I hunt and peck for the keys with fading eyesight.

I had to put my writing career on hold when first we moved here. Back in those pre-social media days, there just wasn’t the demand in provincial France for English copywriting. Over the years I worked at different jobs: teaching English (which I loathed), as an independent translator (which helped my French enormously), translator-speaker at Euronews (I got to use my dulcet voice), executive assistant in the corporate world (I lied and said I’d be happy to serve coffee in between translating emails). Eventually I worked my way back into communications and am now happily building my freelance writing business.

Throughout my career, I’ve jumped back and forth between full-time and freelance work styles. There are benefits to both but at this stage of my life, the advantages of being able to work from home most days outweigh the attraction of daily interactions with a team and a month of paid vacation.

Henri Salvador figured out the secret of youth early in his career. Oddly enough, the bossa nova crooner came to fame in France with this silly song, a far cry from the relaxed, sensual tones of his later recordings.

Contrary to the song’s title, the lyrics parody those who work hard, and advocate a life of leisure activities like pétanque. Here they are if you’re interested:

How do you feel about retirement? Do you work to live or live to work?