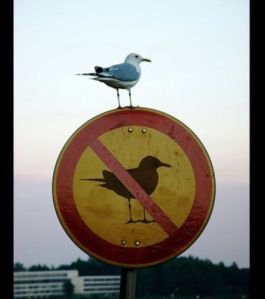 The first time I heard the expression ‘sauf exception’ I was sure it was a mistake. Except for exceptions? It sounded like the invention of a bureaucrat somewhere in an ivory tower, a grammatically clunky attempt to make sure there is always a way out of any situation.

Here in the land of the galls (et oui!), it is a useful phrase indeed. There are a lot of rules in France. But never fear – there are always exceptions.

You get used to hearing people say things like:

One exception to the exceptions – l’exception qui confirme la règle – is grammar. French is full of rules. Mostly they are unavoidable. There is the small matter of gender, verb groups and little ditties like the COD (complément d’objet direct) vs. the COI (complément d’objet indirect) that affect structure and endings.

I fought against them at first. “But surely you don’t mean that every time I say something, I have to remember whether it’s masculine or feminine?” Et oui….sauf exception. Language is one of the areas of French life with the most rules but relatively few exceptions. You just have to learn them. Suck it up and move on. And, as anyone who has ever tried to learn the language of Shakespeare can tell you, we English-speakers are in no position to complain.

When it comes to the rest, however, you learn to adapt. When we first moved to Lyon, the closest school was just two blocks away. I was thrilled until I discovered that we were in a different arrondissement, and therefore in another périmètre scolaire, whose school was much further away – and in a dingier neighbourhood. Then I learned I could request une dérogation. Both parents had to work, mother was pregnant, bla bla bla…an exception was made.

This lesson served me well. It taught me never to assume that a situation couldn’t be adapted, negotiated or remedied. And that in France, just like the whole world over, rules are meant to be broken. Sauf exception.

It seems that France has now decided to allow exceptions to the rules on Sunday and late-night openings for stores located in tourist areas. See the article in the NY Post on French opening hours. What do you think?

Sky TV. #soapopera #stormyweather
That’s my boy! Higgins says hi. #goodboy🐶 #frenchiesofinstagram
Another storm signs out. #skiesofswitzerland #aftertherain
What a party! The platinum jubilee concert is serving up an amazing mashup of 80s pop, new talent and superstars. Blown away by George Ezra, Alicia Keys, Duran Duran and Sam Ryder. #PartyatthePalace
Going up! #zürichhauptbahnhof #escalator #architecture
Sun playing peekaboo on the mountain across the lake during dinner last night. Never a dull moment with skies like these! #zentralschweiz #vierwaldstädtersee #cloudysunset