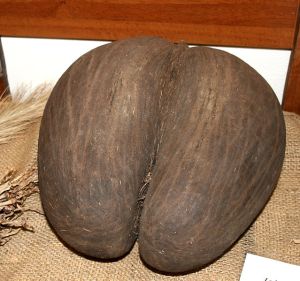 I will have to preface this one with an apology to readers of delicate sensibility. (Although it is doubtful that I have any such readers, given my penchant for foul language.)

You may be forgiven for thinking that the naughtiest word in the French language isn’t really very bad at all. After all, it has three letters, not four. And it has a legitimate meaning and place in the dictionary. Literally: the posterior of the human or animal anatomy, or the base of a lamp

It can be perfectly innocent, which is also why it’s naughty. I once heard a woman at the office describe a coworker as being ‘un peu cul-cul.’ She said this in a low voice, so at first I thought she meant something sexual. Then realized it just meant ‘niais’ which is rather silly or stupid.

There is a whole series of French expressions in which ‘cul’ plays the leading role. Some are perfectly polite but in most cases overly familiar for professional situations. Some of my favorites are: Etre faux-cul (to be fake), tomber sur le cul (to fall over in surprise) or even avoir le cul entre deux chaises (to hesitate between two choices).

And my absolute favorite: ‘cucul la praline.’ If anyone can explain why a candy-coated nut should be the epitome of the ridiculous, please enlighten me.

Here’s one of my beau-père’s favorite expressions: ‘Tu tournes en rond comme une poule qui a mal au cul.’ Literally: You’re turning around like a chicken with a sore butt. I don’t know why a chicken would do this (perhaps after laying too many eggs?) but it does call up an image of someone who doesn’t know what to do next.

I banned this word from my vocabulary years ago, after telling people we lived on a cul-de-sac and being laughed out of the room. Seems living ‘on the ass-end of the bag’ is not as desirable as I’d thought.

That will conclude my insider tour of the seamy underbelly of the French language – at least for now. Feel free to share your own (mis)adventures or favorite faux pas!