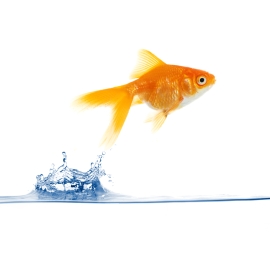 The words for strange and foreign are almost the same in French. This says something about how people from other parts are perceived here. It also explains how I felt for many years. Until one day I noticed that I had become one of them.

A funny thing happened after I had been living in France for some years. Despite the fact that much of the time I still felt like a stranger in a strange land, oddly out of sync with my adopted country and at frequently at war with its denizens, on occasion I began to feel a tiny bit, un soupçon, French.

For a long time this shift in identity was almost imperceptible. I was still the bearer of a Canadian passport and my status in France was that of a resident rather than a citizen. But when we went back to Canada on annual trips to visit family and friends, I began to feel a little out of place, even a tad foreign.

At first it was a relief to be back among so many friendly, polite people. “Ah, civilization,” I would think. Clean washrooms with an adequate supply of paper. Parking lots that didn’t smell like urinals. Cross-walks where cars actually stopped of their own accord. Friendly retail staff who smiled and wished you a nice day.

But after a few days on home turf, it started to feel a little fake.

“How are you doing this evening?” asked the umpteenth waiter named Steve, telling us that he would be our server this evening and handing us another plasticized menu chock full of words like jumbo, garden-fresh and chock full. And if we needed anything, anything at all, we should just give him a shout. It was enough to set your teeth on edge. Even the thrill of free refills was starting to pale. How much orange juice can one child drink?  What I really wanted — a large bottle of sparkling mineral water — they didn’t have.  The coffee was weak and the wine overpriced. The bread lacked any kind of character. The only cheese was cheddar. Not even the sharp, extra-old kind but some tasteless orange stuff.  Suddenly I had a vision of myself, ten years before, coming to Paris for the first time and longing for a cup of filter-brewed coffee, cheese that didn’t smell like something had died, and any kind of sandwich on whole wheat. Clearly something had changed.

We went to the bank to change some money on one recent trip and I found myself cutting in front of other customers, albeit inadvertently. Dad was with me. “Hey dummy, you have to line up here first!” he boomed, pointing to a sign that said, ‘Please wait here for first available teller.’ In my embarrassment at being made to feel about five years old, I mumbled ‘pardon’ in French to the person whose turn I had been about to take, which got another guffaw from my father.

Later I realized that I was instinctively behaving the way French people do in public places.  Navigating through crowds at the shopping mall, I found myself jostling people rather than going with the flow: old ladies who moved too slowly, mothers with massive strollers and balloon-bearing bambinos. In traffic I tailgated, becoming irate when drivers didn’t hit the gas the instant the light turned green.

The crowds of super-size people with giant tubs of popcorn and soft drinks at the local cineplex disgusted me. The supposedly friendly retail staff never actually knew anything about what they were selling and all began to sound the same. “Air miles?” asked the drug store cashier, sounding somewhat sedated. “No,” I snapped, unreasonably irritated by the question. “Have a nice day now,” she added. I looked at her for traces of sarcasm but saw only numb repetition.

“They could put a robot there for all the difference it would make,” commented my husband as we left. “Oh well, at least they’re not rude,” I replied. Somehow I still need to defend my fellow countrymen, even while secretly longing for a little jolt of French insolence.

In the years since I have been away, Canada has somehow become caffeine-free. France is espresso.